This site is no longer in service.  Please get your AVPNext and AVPFirst news at BeachVBC.com.  The 2016 schedule is out.  It's going to be a great summer.  See you in the sand!
Posted by Unknown at 12:40 PM

AVP Northwest is Offering Free Women's AVPNext Events This Month! Available to Athletes Age 14 and Over. Now There is No Reason Not to Earn Your Spot at the Manhattan Beach Open. 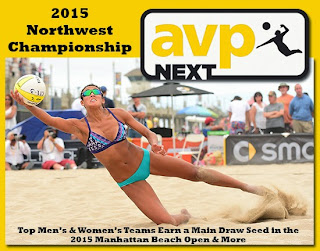 The AVP Northwest is eight free team registrations to the each of the remaining four AVPNext 2015 women's events.  The free registrations are available on a first come, first serve basis and can be claimed by any female athletes over the age of 14.  The women's team that scores the most AVP Northwest Series Points this season will earn a main draw bid to the Manhattan Beach Open and may be eligible for a travel stipend as part of their prize.  In order to compete in these events, athletes must have a current USA Volleyball Membership and a current AVPNext Membership before they register.  Both memberships are still available and can be purchased for $15 each.  Players who coached or played club volleyball this season already have a valid USA Volleyball membership.

Please Direct Questions about the AVPNorthwest to BeachVBC@gmail.com or call Mati Bishop at 425-344-0408

Email ThisBlogThis!Share to TwitterShare to FacebookShare to Pinterest
Labels: AVP Next 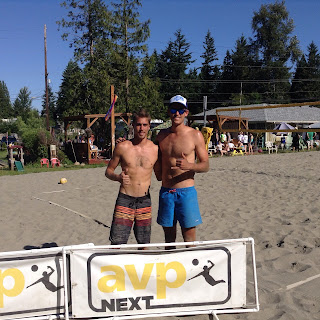 Spencer McLachlin and Taylor Crabb are hungry for AVP Points to improve their position in upcoming pro tour qualifiers.  So when they saw that they could make a slight pit stop after watching their friends graduate from UW and pick up some points in the AVPNext Zone 3 Series, they took advantage of the opportunity.

McLachlin and Crabb also took advantage of the wounded and weary Zone 3 points leaders Chris Littleman and Roman Onischenko.  The Northwest duo, who were winners of the first Zone 3 event, could not overcome fatigue and injury from their tournament in Canada the day before and fell twice to McLachlin and Crabb through the course of the day.  The third place finish for Littleman and Onischenko was enough to keep them on the top of the Zone 3 standings, but left the door open for two other local teams to get within striking distance.

Cole Franklin  rode into the event on his Ducati and rode out with a second place finish for himself and partner Joe Duenn that moves them into a strong second place in the Zone 3 Standings.  Brian and David Miller also moved up the standings into third place after their third place finish.  Their weekend included a 25-20 single set win over Littleman and Onischenko and was capped off by a close loss to Duenn and Cole in the crossover.

Here is a Video of Taylor Crabb Blasting our Camera Person after a solid rally.  Enjoy

Local Favorites Get a Win in the AVPNext Series Men's Division and Young Guns Make a Statement on the Women's Side in Zone 3 AVPNext Opening Weekend. 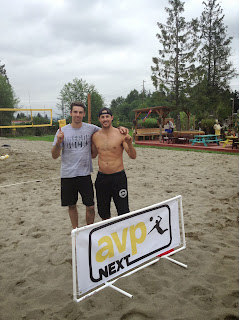 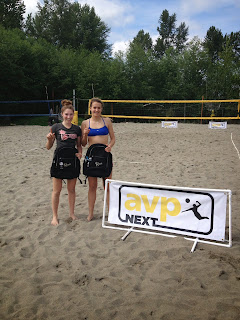 The AVPNext Zone 3 Pacific Northwest Series got underway this weekend at Bottega Fitness Park in Clearview, WA.  Chris Littleman and Roman Onishchenko won the men's division on Saturday.  Cyrene Hertzog and Deana Kraft won the women's division on Sunday.  The events were the first of five in the series that will send a team from each gender to compete in the Manhattan Beach Open.

Men's Division
Littleman and Onishchenko earned their victory in a very competitive double elimination bracket.  Their journey to the finals included two 15-13 three set wins over Cole Franklin and Joe Duenn.  In the finals they met up against Tom Kohler and Christian Honer who flew up from their summer training grounds in Southern California for the event.  The local duo showed why they are the best in the Region in their narrow 21-19, 22-20 defeat of the visiting team.

Walker and Lawrence, who train with Skagit Island Volleyball Beach Academy, won their semifinal match against the new team of Shahla Prouty (Bothell High School) and Lauren Sanders (Glacier Peak High School.)  Gena Aytch and Nicole Cheldelin were the highest placing team over the age of 18 and finished tied for third with Prouty and Sanders.

Discounted USAV Members for Everyone and a New Discounted Registration For Anyone With a Valid Student ID! 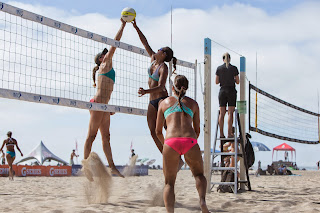 Next Weekend the Road to Manhattan Beach Begins!
May 16 Men's Division
May 17 Women's Division
Register at BeachVBC.bracketpal.com

AVPNext Athletes will Be Able to Use the $15 USA Volleyball Summer Membership Instead of the $25 Outdoor Membership!
Visit http://psrvb.org/register
Reminder:  If you have a USAV membership From playing USAV events or coaching a USAV junior club you do not need to purchase a new membership.

New $68 Student Registration for AVPNext Events!
Anyone with a valid Student ID from any high school or college will be able to save $20 on their AVPNext event registration.  Student registrations will not be allowed to collect prize money or a travel stipend, but will be able to win the main draw seed at the Manhattan Beach Open and will receive AVP Points based on their finishes! 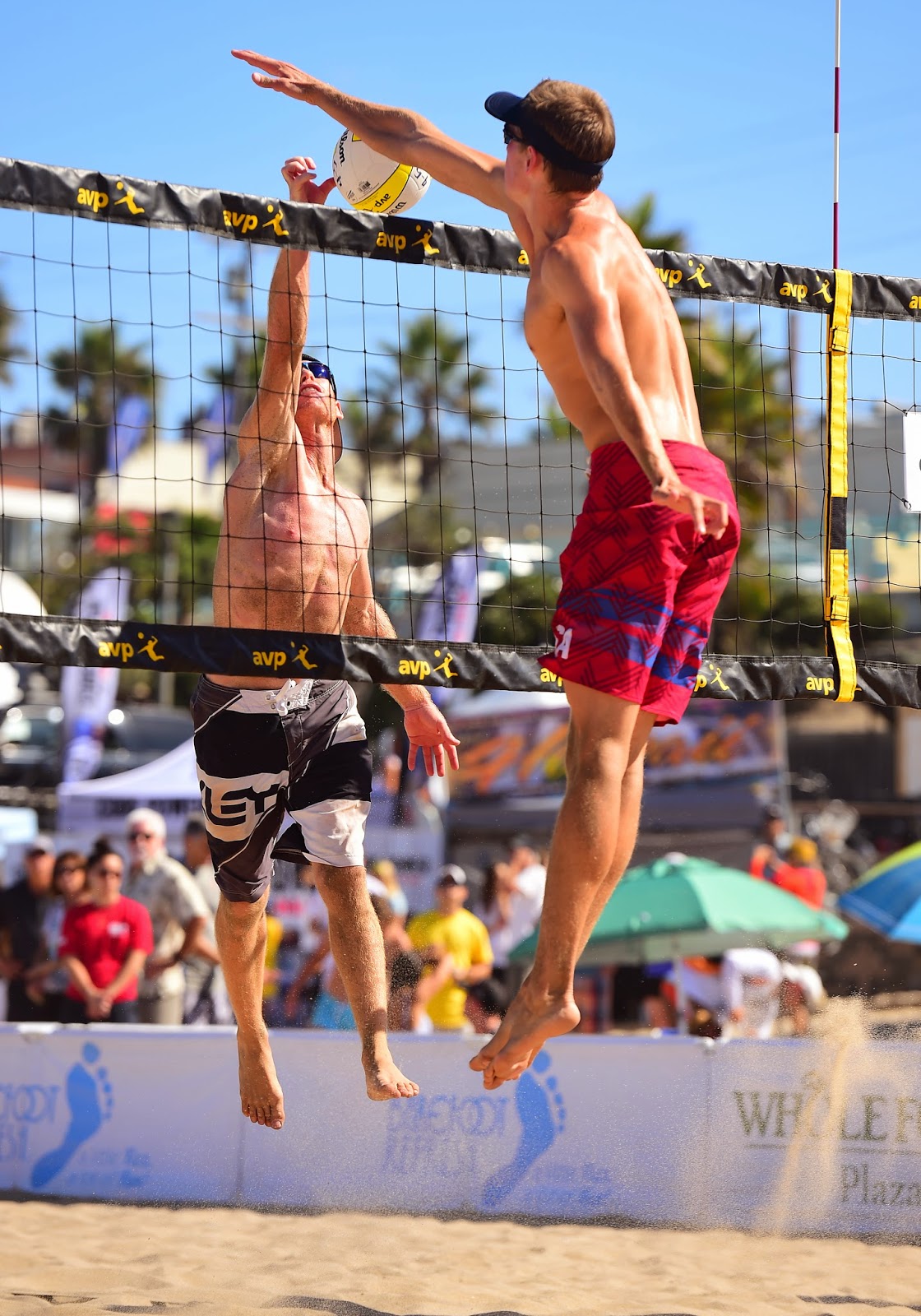 Event registration for the 2015 AVP Next Zone 3 Series is now open.
The winning team from the series in both the Men's and Women's Divisions will win a main draw seed in the Manhattan Beach Open!

All Registration is First Come First Serve
with a maximum of 20 Registrations per Division per event.

Registration is non-refundable, but may be transfered 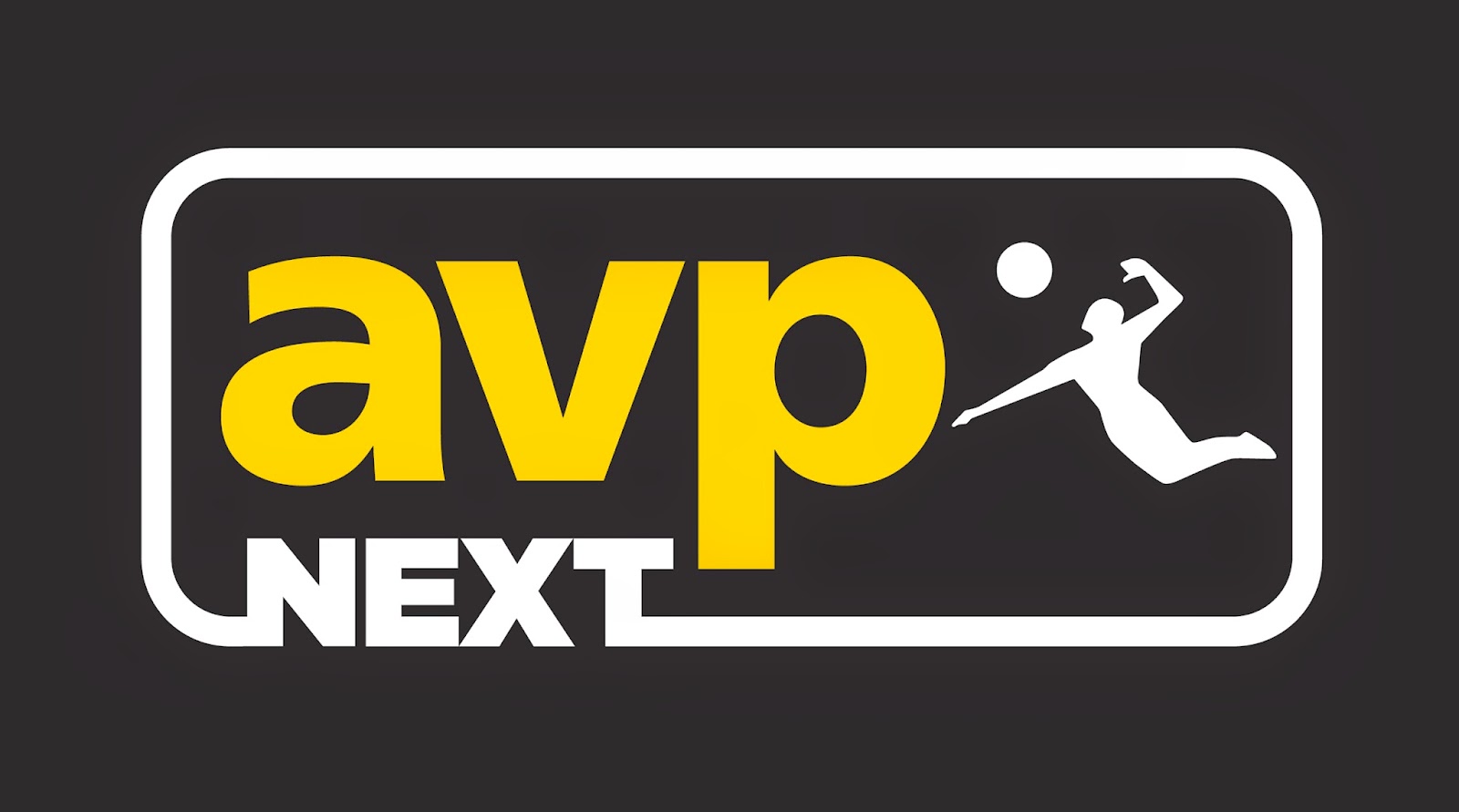 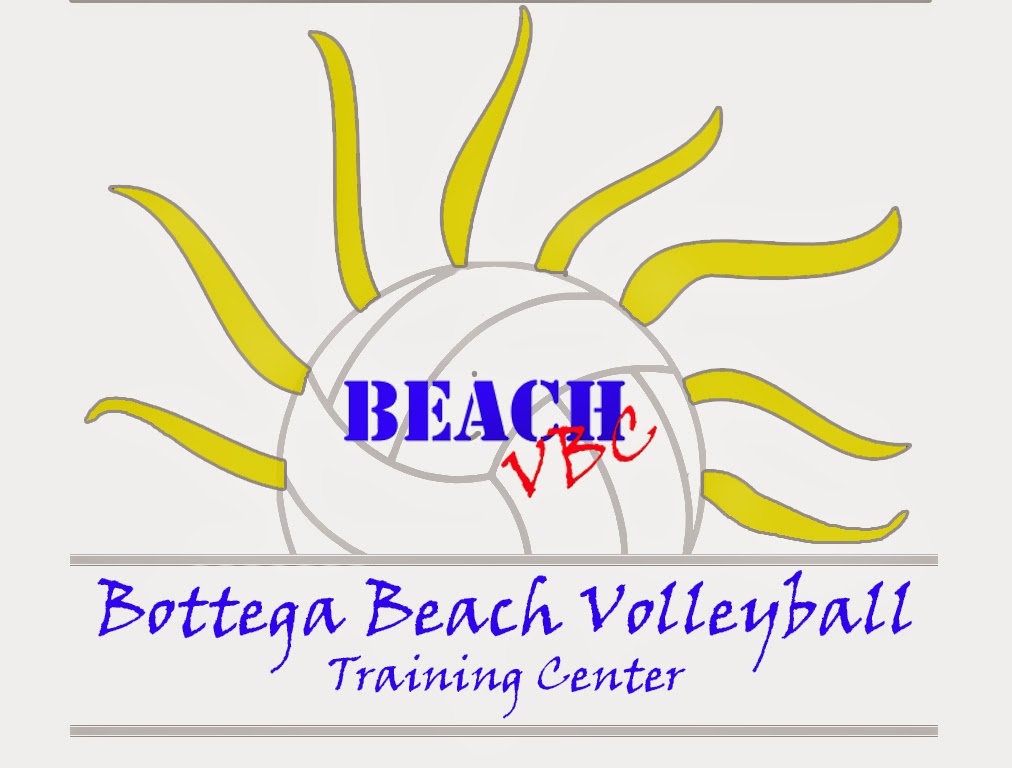 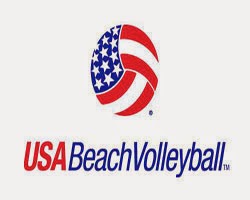 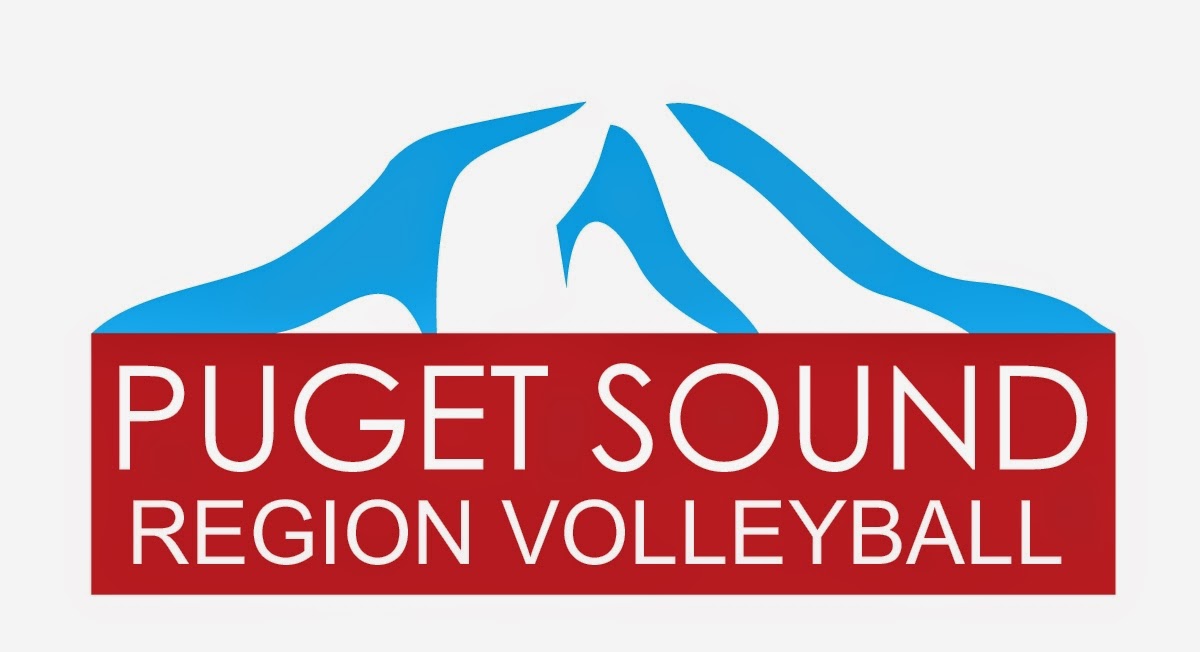 Opening Weekend Women's Open Moved to May 17, Men's Open will Take Place May 16 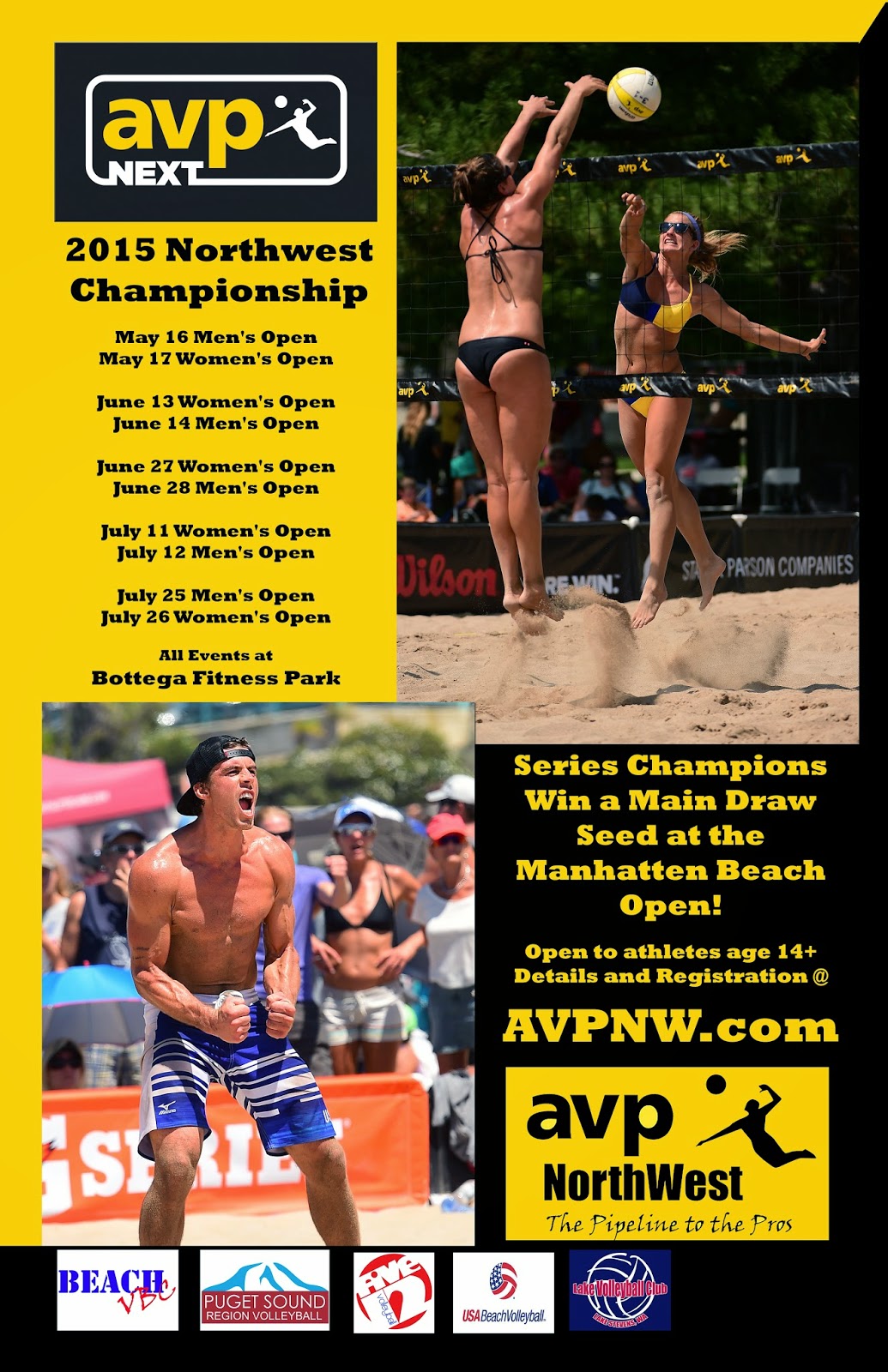 AVPNW.com Email List
For Email Marketing you can trust.

The same recovery technology used by Lebron James and Floyd Mayweather is now available in Snohomish! Give a call and find out more: 360-243-3822- 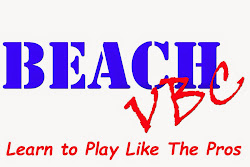